An extremely rare Revolutionary War-era rifle that was stolen from a display case nearly 50 years ago has been recovered thanks to curious antiques dealer.

The rifle, named after its creator, Johann Christian Oerter, was stolen on Oct. 2, 1971, while on loan to the Valley Forge Museum in Montgomery County, Pa. 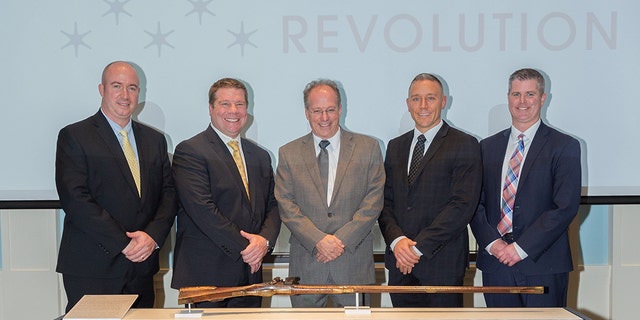 The Christian Oerter rifle made in 1755 seen on display Friday, Nov.1, 2019 at Philadelphia’s Museum of the American Revolution (FBI)

Members of the FBI’s art crime team and other law enforcement officials returned the famed rifle Friday during a ceremony at the Museum of the American Revolution in Philadelphia, according to Lehigh Valley Live.

“The FBI is proud to work with our partners to mark this important repatriation and return the Oerter rifle to the Pennsylvania Society of Sons of the Revolution,” Special Agent Michael T. Harpster told the outlet.

It was recovered thanks to Kelly Kinzle, an antiques dealer from New Oxford, Pa.

The dealer bought the rifle last year, thinking it was likely a replica. But while doing some research, he found a reference to the stolen antique in a 1980 book by George Shumway, an expert on long rifles, Kinzle’s lawyer, Jay Robert Stiefel, told The New York Times.

Kinzle alerted the FBI soon after his discovery, ending a deades-long mystery. 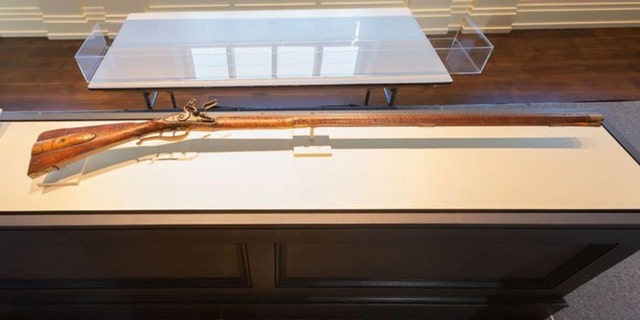 The Christian Oerter rifle made in 1755 seen on display Friday, Nov.1, 2019 at Philadelphia’s Museum of the American Revolution (FBI)

“It is deeply gratifying to be able to return to this rare artifact to public view after nearly 50 years,” R. Scott Stephenson, president and CEO of the Museum of the American Revolution, told the outlet. “The Christian Oerter rifle exhibits exemplary early American artistry and is a reminder that courage and sacrifice were necessary to secure American Independence.”

While its selling price is unknown, a similar Oerter rifle recently sold for over $200,000 at auction, Michael Simens, an antique dealer in Ohio, told the Times.

Oerter was a member of the Moravian Church, a Protestant denomination that claims 18th century roots in Pennsylvania.  He and other Moravian gunsmiths influenced the design of early American firearms, according to the Courtesy Museum of the American Revolution.

They became known as “Kentucky rifles” or “Pennsylvania rifles.”

Oerter was born on Oct 16, 1847, in Fredericktown, Pa., and died just short of his 30th birthday, according to Moravian archives.

The rifle that was stolen was made in 1775 and represents a key part of American history. It’s one of the few signed and dated rifles from that era that have survived the past 244 years, according to the FBI.

Oerter’s rifle will soon be back on display as part of the “Cost of Revolution: The Life and Death of an Irish Soldier” exhibit at the Museum of the American Revolution. The exhibit runs Nov. 6 through March 17.

Pence: Rep. Omar Should Be Removed from the House Foreign Affairs Committee