A Milwaukee bus driver is being honored for “quick and decisive action” in helping save people from a burning apartment earlier this year.

Chanaye Brown was traveling on Route 12 late at night on Jan. 5, when she saw flames shooting from the window of a building near North 79th Street and West Hampton Avenue, northwest of downtown Milwaukee.

Brown stopped her Milwaukee County Transit System bus, telling a passenger “the house is on fire” before calling 911 and running to the building. 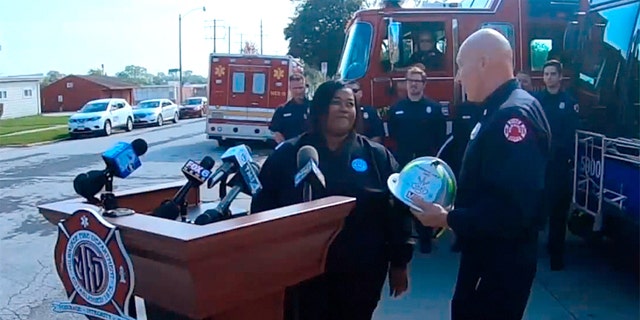 Due to Brown’s heroic actions, she was named “Honorary Fire Chief” as part of Fire Prevention Week, which ends Oct. 12. (Fox6)

“I’m going to see if I can get somebody’s attention,” Chanaye said as she exited the bus, according to news reports. 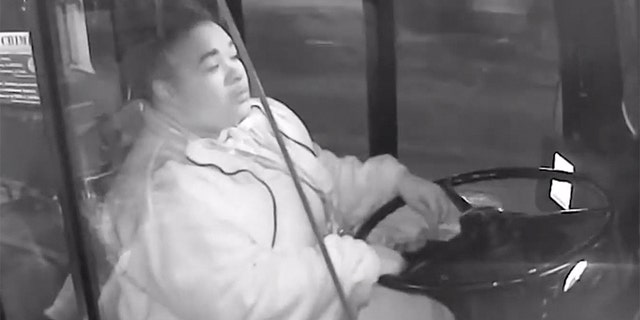 Brown stopped her bus, telling a passenger “the house is on fire” before running toward the burning building to let residents know of the danger. (MCTS)

Terrified residents, including children, started to evacuate after Brown pounded on the door and yelled. Some of those inside weren’t aware of the fire, according to the MCTS.

Brown heard the voices of other children who were still inside and attempted to charge into the burning building, even taking a resident’s fire extinguisher to help quell the blaze. 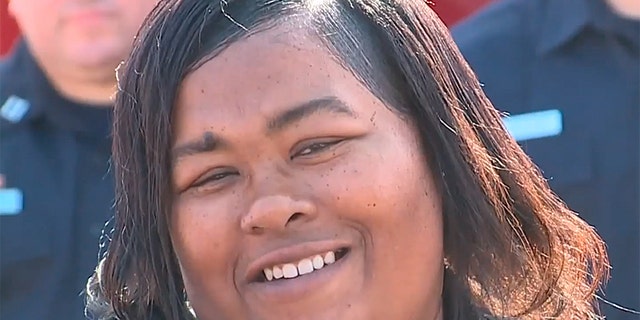 Chanaye Brown was traveling on Route 12 late at night on Jan. 5, when she noticed flames shooting from the window of an apartment building north of downtown Milwaukee. (Fox6)

Firefighters arrived moments later and doused the fire before anyone was hurt, the MCTS said.

Brown’s heroism was honored Thursday when she was named “Honorary Chief” as part of Milwaukee’s Fire Prevention Week.

WOMAN DISGUISES HERSELF AS BUSH TO PHOTOGRAPH SISTER’S ENGAGEMENT

“The Milwaukee Fire Department is proud of the actions and quick thinking of Chanaye Brown, resulting in a minimal fire instead of what most likely would have been a full-fledged structure fire,” said Lt. Michael Ball, the department’s community relations director.

“Because of her actions in calling the fire department first, alerting residents, and attempting to help extinguish the fire, not only was no one hurt, minimal damage occurred to the building — allowing the rest of the residents to return to their apartments rather than be displaced,” Ball said. “We commend Chanaye for her quick and decisive action in stepping up and helping when the situation arose.”

The local hero was reportedly seen going door-to-door after the incident to make sure those inside had working smoke detectors in their homes, according to FOX6 News.

“I guess I just felt like it was something that I needed to do, because I have kids of my own and if it was mine, I would want somebody to do it for them, too,” Brown told the TV station.

Ex-envoy to Ukraine says President pushed to oust her…

Pelosi To Send Impeachment Articles To The Senate Next Week