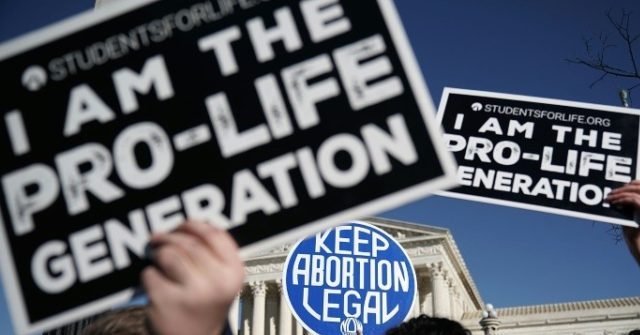 University of Chicago student government member Brett Barbin says that he has received death threats over his pro-life bill which would have prohibited mandatory student fees from funding student abortions.

Student government member Brett Barbin said that he introduced the pro-life legislation as a means for ensuring that no student who finds abortion in violation of their conscience would be forced to fund it through the school’s mandatory “student life” fees.

The pro-life student told Fox News on Thursday that he has since received death threats for his legislation, which was voted down in a student government meeting by 15-1, Barbin being the only student government to have voted in favor of the bill.

“At the University of Chicago, we pay a student life fee every year as part of our tuition that’s supposed to go to recreational, educational, social, and cultural activities on campus,” said Barbin to Fox News on Thursday.

The student mentioned that several students had approached him, expressing their concerns over the possibility that their student fees might be allocated toward funding abortions. “So they asked me, as a member of student government, to draft some legislation in order to address this situation,” said Barbin.

The pro-life student added that while there had been a “relatively civil discussion” about his proposed legislation at the student government meeting, he was protested, and had received death threats online.

“I received death threats, people who were calling for people to track me down and beat me up, there was a student who was egged outside of the [student government meeting] room,” said Barbin, “and it really was unfortunate to see on a campus like University of Chicago, where we have such strong free speech and free expression principles.”

“I considered my legislation to be a compromise,” added the pro-life student, stating that just like the Hyde Amendment, his bill also gave room for three exceptions in order to use the student fees: if continuing the pregnancy would endanger the mother’s life, or if the pregnancy results from rape or incest.

“If we have people who are so passionate about the issue on both sides — those who believe it’s a violation of their conscience shouldn’t be financially coerced through their tax dollars to be funding abortions,” affirmed Barbin, “It’s the same thing on campus, where we’re just trying to go to school to get an education, we shouldn’t have to be violating our conscience in this way.”

KNOWLES: Trump Baits The Media On Ukraine. They Fall For It.

DANGER: Banks Handing Out Beefed-Up Credit Lines No One Asked For…