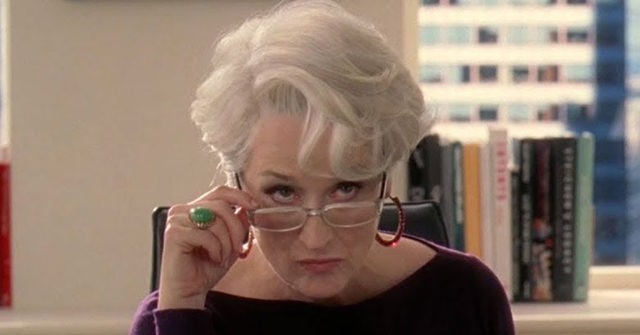 Actress Meryl Streep criticized the use of the term “toxic masculinity,” arguing that toxicity is a trait that afflicts both sexes as women can be “pretty fucking toxic too.”

Appearing on a cast panel ahead of the season two premiere of Big Little Lies, Streep made the comments in response to a male audience member who said he enjoyed the primarily female-targeted show.

“Sometimes, I think we’re hurt,” Streep said. “We hurt our boys by calling something toxic masculinity. I do. And I don’t find [that] putting those two words together … because women can be pretty fucking toxic.”

“It’s toxic people. We have our good angles and we have our bad ones. I think the labels are less helpful than what we’re trying to get to, which is communication, direct, between human beings,” she continued. “We’re all on the boat together. We’ve got to make it work.”

According to The Good Men Project, an organization that seeks to start “conversations about the changing roles of men in the 21st century,” toxic masculinity is a “narrow and repressive description of manhood, designating manhood as defined by violence, sex, status, and aggression.”

“It’s the cultural ideal of manliness, where strength is everything while emotions are a weakness; where sex and brutality are yardsticks by which men are measured, while supposedly ‘feminine’ traits — which can range from emotional vulnerability to simply not being hypersexual — are the means by which your status as ‘man’ can be taken away,” the group said.

Streep’s comments may come as a disappointment to her progressive fan base, who she regularly plays to in her vociferous criticism of President Donald Trump and conservative leaders. However, she has also previously dodged the question of being a feminist, instead choosing to describe herself as a “humanist.”

Just this week, fellow actress Gwyneth Paltrow launched a new podcast aimed at helping men fight the scourage of “toxic masculinity,” as part of a new range of products from her lifestyle brand Goop.

“It feels like we’re at a point in the culture where men are rejecting that sort of toxic masculinity,” said Goop’s chief content officer, Elise Loehnen, on announcing the podcast.  “We wanted to do something that was more about the emotional health of men, the importance of vulnerability, and this acknowledgment of how hard these things can be.”

Report: Epstein Was Not on Suicide Watch at His Time of Death

Former Warden: &#039;Shocking&#039; for Jeffrey Epstein To Be Taken off Suicide Watch

In 1976 speech, Biden said US criminal justice should focus on punishment not rehabilitation