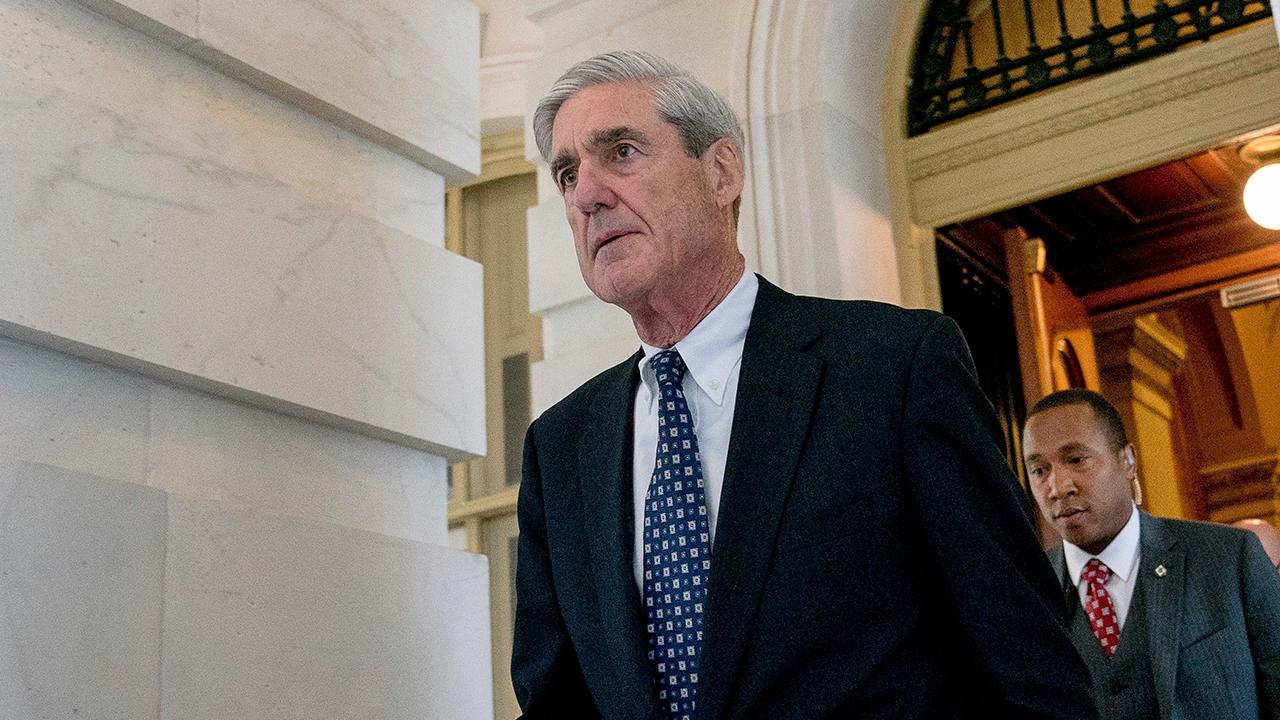 CAPITOL HILL – Iowa had upset Cincinnati. Oregon was tipping off against Wisconsin. And everyone had just learned that the basketball team at the University of California-Irvine is known as the Anteaters.

However, few inside the Beltway could exhaust time on March Madness and travails of the hardwood.

It was “news o’clock” in Washington.

Of course word was going to come, just before 5 p.m. on a Friday, that Special Counsel Robert Mueller had completed his investigation and delivered his report to Attorney General William Barr.

Last week, there was conjecture that the report may come out Tuesday. Even Wednesday.

Really? Wednesday? Did anyone truly think the Mueller probe would end in the middle of the “First Four” play-in games in Dayton? North Carolina Central versus North Dakota State? Doubtful.

Everyone would be on the clock this weekend in Washington.

There were few if any lawmakers rushing about the Capitol at 7 p.m. Friday. The House and Senate had been in recess for over a week. But, reporters were all on the air from the Russell Rotunda, hammering away at their computers in the media galleries and walking through the Senate subway station.

All they knew for sure on Friday was that the report was in Barr’s possession, the attorney general would soon produce a memo to brief lawmakers on the findings (that would come Sunday, during the Washington/North Carolina tilt), and Mueller wouldn’t indict anyone else in connection with his probe.

That wasn’t much of a narrative to go on. But perhaps Sen. Chris Coons, D-Del., said it best, channeling Winston Churchill: “It’s the end of the beginning. But it’s not the beginning of the end.”

That didn’t stop lawmakers in both parties from firing a fusillade of news releases to reporters on Friday and Saturday. They speculated on Mueller’s conclusions and contoured the story to their own benefit.

“The reports that there will be no new indictments confirm what we’ve known all along: there was never any collusion with Russia,” said House Minority Whip Steve Scalise, R-La., on Friday night. “The only collusion was between Democrats and many in the media who peddled this lie because they continue to refuse to accept the results of the 2016 election.”

Mueller launched his investigation in Ma, 2017. Many Republicans complained along the way about the length of his inquiry. Presidential loyalists claimed the investigation dragged on too long.

The House of Representatives voted 420-0 (with four Republicans voting “present”) on a non-binding resolution earlier this month to urge Mueller and Barr to publicize the report. It’s unclear if that will happen – although some lawmakers have suggested they subpoena the document.

Things played out much differently when then-Independent Counsel Ken Starr investigated President Clinton. That’s because Starr’s probe was fundamentally different than the charge for Mueller. Starr operated under a different statute as an “independent counsel.” The old law, now expired, granted Starr greater latitude. That’s how the probe started in 1994. It was a look at Whitewater and the curious death of Deputy White House Counsel Vince Foster – initially under Independent Counsel Robert Fiske – before morphing into the president’s involvement with Lewinsky.

Because of the law, Starr reported only to a three-judge panel in Washington – outside the realm of the Justice Department. Starr delivered his report to Congress in the late summer of 1998. The House of Representatives voted a few days later to publicize the report.

There would be more oversight for special counsels under the DOJ umbrella. But, questions would emerge about the “independence” of such special counsels, ultimately reporting to the attorney general.

House Democrats convened a conference call with rank-and-file members Saturday afternoon. Six House Democratic committee chairs were the keynote speakers on the call. They told Democrats that just because Mueller’s investigation was over didn’t mean that everything’s wrapped up.

Some sources with whom Fox News spoke downplayed the idea that the call was an effort to placate Democrats who want to go for the jugular with the administration. However, other sources indicated that Democrats were trying to rein in colleagues and get them behind their probes.

One prevailing issue on the call was whether the DOJ decided that a sitting president couldn’t be indicted. In other words, perhaps Mueller wasn’t willing to prosecute or lacked enough information to prosecute the president, so what could Congress do? Democratic chairs made the point they could go further if the facts take them there.

By the time Buffalo played Texas Tech on Sunday afternoon, Democrats already were suggesting the possibility of a whitewash, pinning the blame on Barr.

“Attorney General Barr’s letter raises as many questions as it answers,” said House Speaker Nancy Pelosi, D-Calif., and Senate Minority Leader Chuck Schumer, D-N.Y., in a joint statement. “Given Mr. Barr’s public record of bias against the Special Counsel’s inquiry, he is not a neutral observer and is not in a position to make objective determinations about the report.”

Many Democrats will now demand that Barr and Mueller testify before Congress to see if there is any daylight between them. Barr wrote in his letter that he’d drawn conclusions with Deputy Attorney General Rod Rosenstein without consulting Mueller. The missive represented Barr and Rosenstein’s interpretations of what Mueller authored. Therefore, lawmakers will want to see if Barr or Rosenstein leaped to conclusions of their own or if the letter was consistent with Mueller’s findings.

House Judiciary Committee Chairman Jerrold Nadler, D-N.Y., and other committee chairs have been pushing for documents from the administration. They will want to cull through the information to see if they reach a similar conclusion as Mueller, Barr or Rosenstein did. They will want to decide for themselves if the findings are justified.

Democrats must be careful politically if they forge ahead with deeper inquiries. They risk overplaying their hand if they question what Mueller found and Barr’s summation. Democrats won control of the House, not because of success in districts represented by Rep. Alexandria Ocasio-Cortez, D-N.Y. They flipped the House because of wins by moderate Democrats representing battleground districts in Virginia, Colorado, New Mexico, California, New Jersey, Michigan, Maine, and Iowa. Pushing too hard against the president could threaten the capacity for Democrats to hold these seats.

By the same token, Democrats could find it advantageous to hammer on the president. If that’s the case, they would be lifting a page from the GOP playbook. House Republicans assembled a Select Committee to probe the U.S. response to the terrorist attack in Benghazi, Libya. In a 2015 interview on Fox News, Kevin McCarthy, R-Calif., then the House majority leader, suggested that Republicans commissioned the Benghazi Committee to weaken Hillary Clinton as a presidential candidate. Democrats could use investigations to raise doubts about President Trump and his administration as 2020 approaches.

Finally, Republicans in Congress don’t have a rich agenda for the year. They’ve spent much of their time criticizing how Democrats dealt with the remarks of liberal Democratic freshmen. Congressional Republicans likely will modify their message to denounce Democrats for still pursuing Trump, despite the Mueller report and the Barr memo.

Congress rolls back into town Monday after a week-long recess. The University of Central Florida nearly upset Duke.

We’ll see what news is on tap next weekend for the Sweet Sixteen.