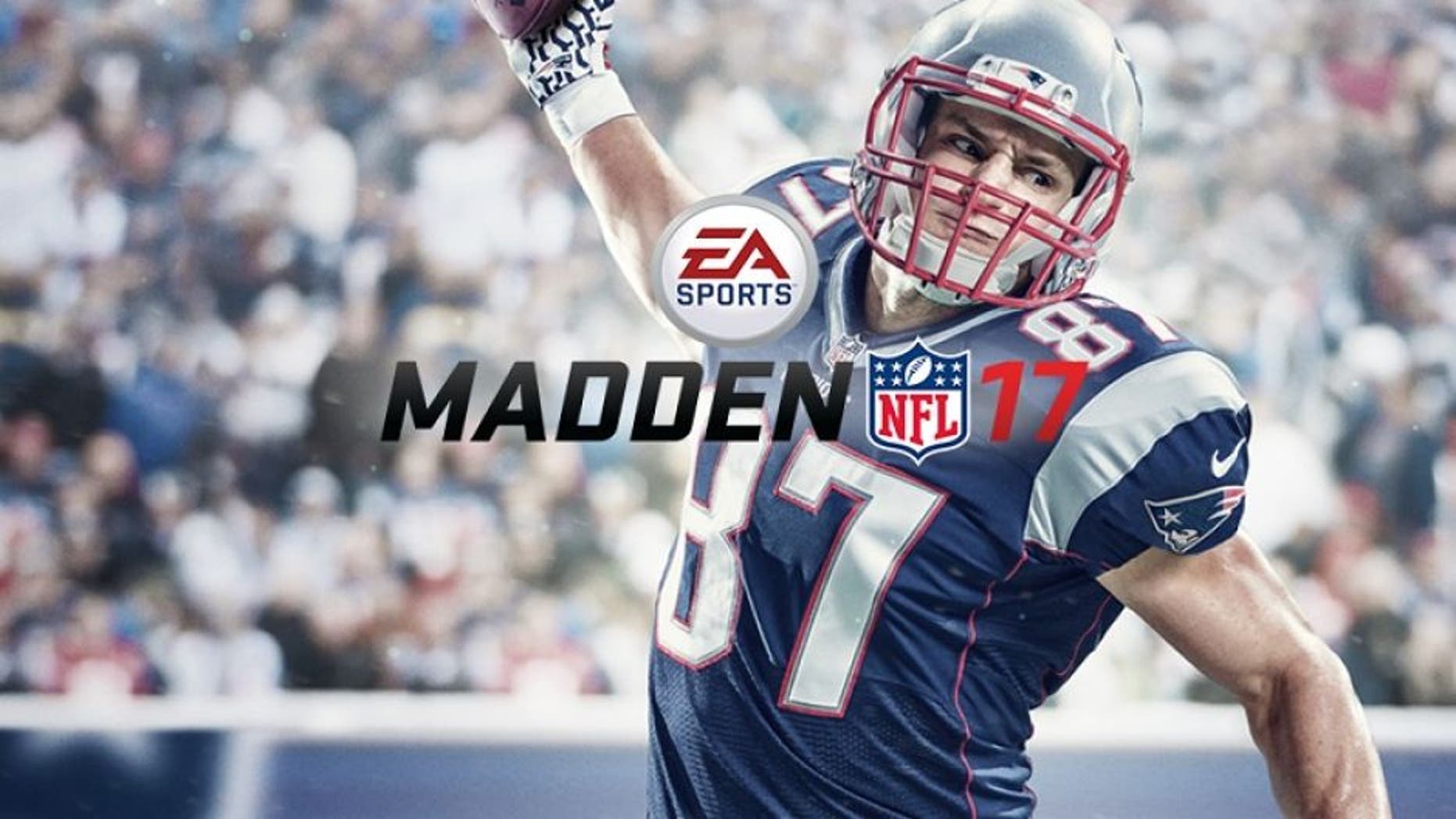 File photo: Patriots TE Rob Gronkowski appears on the cover of Madden NFL 17. A simulation of this year’s game, Madden 19, has the Rams edging the Patriots in a close matchup. (Credit: EA)

If “Madden NFL 19” is any indication, the New Patriots are going to lose the Super Bowl to the Los Angeles Rams in nail-biting fashion.

A simulation was run on “Madden 19,” named after the legendary coach and broadcaster, and predicted that the Rams would oust the Patriots 30-27, with Rams star Todd Gurley scoring the final touchdown late in the fourth quarter, ESPN reported.

The video game, which has become a staple of NFL culture as much as the actual games themselves, predicted that Tom Brady would be sacked four times and hit seven times by Rams DT Aaron Donald, who will become Super Bowl MVP, the game predicted.

SUPER BOWL LIII: 5 PLAYERS TO KNOW ON THE PATRIOTS AND RAMS

The Patriots are predicted to take a 17-3 halftime lead, but it won’t be enough “Madden” predicts. The Rams are expected to power back to tie it up 20-20 going into the fourth quarter. Rams K Greg Zuerlein will make a 53-yard field goal to give the Rams a 3 point lead, but Tom Brady will come right back down the field and march the Patriots into the end zone, finding Patriots RB James White for a 9-yard score to take a 27-23 lead.

Despite the abuse, Brady will throw for 287 yards, 2 TDs and one interception, “Madden” predicted. Patriots RB Sony Michel will run for 103 yards and a touchdown, ESPN added.

Since 2004, EA Sports has run a simulation of the game using “Madden,” with mixed success. Of the past 15 games, 10 have been accurately predicted by the simulation, but that has gone back and forth for the past several years.

In 2015, the game got the winner and the final score right, predicting the Patriots would outlast the Seattle Seahawks 28-24. But in 2016, the game forecast the Carolina Panthers to beat the Denver Broncos, which did not happen.

For 2017, “Madden” again correctly predicted the Patriots would beat the Atlanta Falcons, but in 2018, it forecast a Patriots win over the Philadelphia Eagles, which proved incorrect.

Who Gets to Own the West?

Late convert to cause…